Hey OIG: Penalties and Fines for Just an Office Manager?

A Texas skilled nursing facility settles with the OIG for $408,159.53 resolving allegations that they employed an office manager who provided items or services to the facility’s patients that were billed to federal healthcare programs.  Makes you think about how deep your exclusion monitoring program is and its effectiveness. 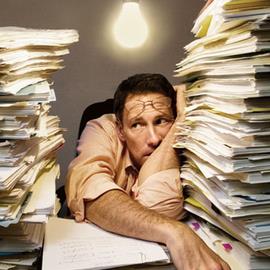 Many times we are asked how and why the OIG can hold a healthcare company responsible for civil monetary fines and penalties for non clinical or non licensed individuals. A common misnomer we hear is ” Well they would never extend it to office managers, cafeteria workers ….”.  Wrong, according to the OIG.

The imposition of civil fines and monetary penalties that the OIG has the authority to issue is agnostic to the type of hire, position or title. Instead, the test is simply two fold:  1.  Is the healthcare organization receiving federal healthcare dollars (CMS- Medicaid, Medicare, CHIPS, TriCare and others) either in whole or in part, directly or indirectly for the services of the excluded individual, and (2) Has an amount been claimed (even if not paid by CMS) for such services.  If yes, to both, then the fines and penalties can be imposed for any employee or vendor.

This means that if a nursing facility, hostpital, dialyis center, surgery center or others receives a captiated amount for the services from federal healthcare dollars and those funds are used to pay for salaries and benefits of employees, then an excluded person can cause your organization to get fined.  Don’t get fooled by thinking that the OIG is only concerned with licensed staff who bill for itemized services.  There are companies that have paid civil and monetary fines for an excluded cafeteria worker, biller, social worker and so forth.

Michael brings over 20 years of experience founding and leading risk mitigation businesses, receiving numerous accolades such as: Inc Magazine’s Inc 500 Award and Nashville Chamber of Commerce and Small Business of the Year.
Connect with Michael on Linkedin

Posted in BlogTagged Compliance, Fraud and Abuse, OIG
I Agree