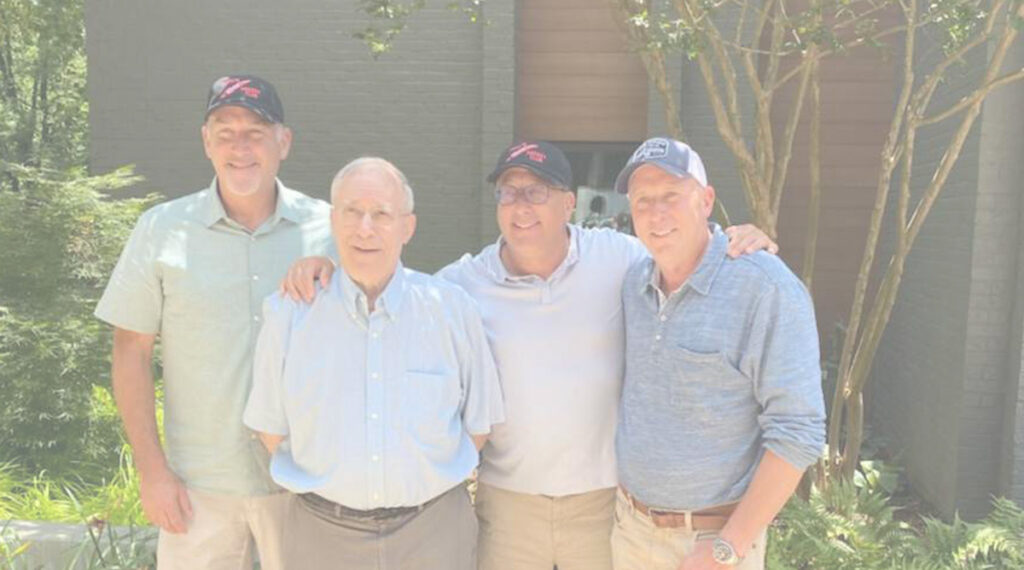 At ProviderTrust, we focus everything we do on making healthcare safer using smarter data. Our Co-Founder, Mike Rosen, offers his years of healthcare risk management experience to help our clients stay compliant with the myriad of regulations so they can ensure their patients aren’t seen by excluded providers. But his passion for healthcare is multi-generational as he grew up in a medical family, so we thought it would be interesting to interview his father, a retired Gastroenterologist. In this post, we highlight Dr. Howard Rosen’s reflections on the changes in healthcare throughout the years, from a practitioners’ perspective.

For Dr. Howard Rosen, a retired Gastroenterologist and Internist in Nashville, TN, practicing medicine was his lifelong calling from age six. Although his father practiced medicine out of their home, it was ultimately his pediatrician, Dr. Kornfeld who served as his inspiration. “Dr. Kornfeld made me feel safe and secure and at the same time, I knew he was competent.”, Dr. Rosen noted as he reflected on when he first decided to become a doctor.

Medicine has changed significantly since Dr. Rosen was six years old, specifically the patient experience, the patient-doctor relationship, and the emergence of the business of healthcare. When Dr. Rosen’s father was practicing out of their home, he only had one nurse so there was quite literally very little between him and his patients – little paperwork, no receptionists, etc.  This was what Rosen truly wanted: to build lasting relationships with his patients, ensuring their safety and security.

That’s why after he completed high school, he attended a small boys’ college that specialized in preparing students for medical school and received a degree in bioscience. He then went on to join Vanderbilt Medical School’s class of 1963 as one of only 48 students, including only two women. Of Rosen’s class, a large number went on to become presidents of national medical or local societies, professors, chiefs of their specialties at their hospitals, or other healthcare industry leaders. And Dr. Rosen is still incredibly close with his former classmates, especially those that reside in Nashville. The Vanderbilt Medical School alums still get together once a month to grab lunch and catch up on each other’s lives. 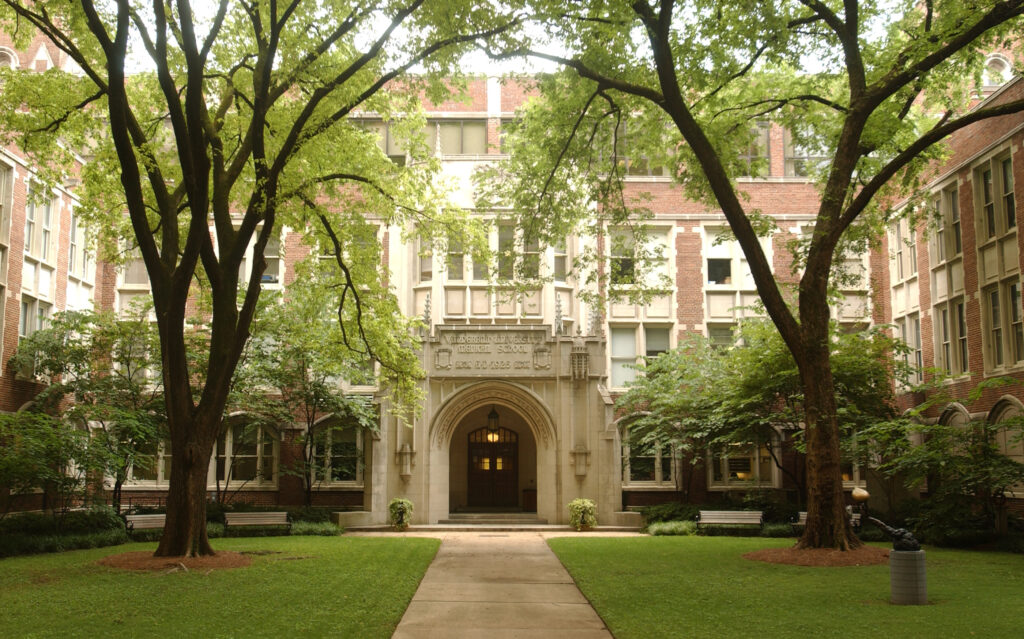 After completing medical school, an internship, and his first-year residency at Vanderbilt, Dr. Rosen completed his senior residency, a fellowship in gastroenterology, and a teaching fellowship at Harvard Medical School. He then received even more practical experience by joining the U.S. Air Force at a large medical center during the Vietnam War, which gave him unique exposure to triage and preparation for large emergencies.

The Air Force also made available the most modern equipment from wherever it was needed.
After his work for the Air Force, Dr. Rosen joined the medical community in Nashville in 1969, when the U.S. was reaching the tail end of the “golden age of medicine”, a time of “profound advances in surgical techniques, new instruments (including CTs and MRIs), drug discovery, and new antibiotics”. At that time in medicine, graduating medical students typically had to choose between internal medicine, pediatrics, or a surgical subspecialty. And the only medical subspecialty that existed at the time was neurology. Rosen chose to become an Internist, initially joining an internal medicine practice in Nashville.

If you listened hard enough, the patients would lead you toward the diagnosis. At that time in my medical practice, my goal was to see 13 patients a day, so that I could dedicate sufficient time to listen to each patient. At that point, I even made some house calls, but over time the practice of medicine changed significantly.
Dr. Howard Rosen
Retired Gastroenterologist
Although he became a general internist, he still had a specialized interest in Gastroenterology, especially as he was one of the first doctors in the U.S. to be trained on a fiberoptic scope. In fact, Dr. Rosen bought the first fiberoptic scope used at hospitals outside of Vanderbilt across the city of Nashville.

Specializing in Gastroenterology & Adjusting to the Business of Healthcare

It wasn’t until 1990 that he limited his practice to Gastroenterology. Around that time, medicine was becoming more about business than ever before, which was a major shift in philosophy in the U.S. healthcare system. In Nashville, specifically, private hospitals like HCA were on the path to becoming major healthcare systems. And clinics, like the Green Hills Clinic, were established, which consisted of physicians that joined together, shared their expenses, and negotiated with hospitals and insurance companies.

I was still thinking like my father, but medicine was becoming a business. You were forced to keep up economically and that meant some doctors were forced to increase their efficiency and see up to 25-30 patients a day.
Dr. Howard Rosen
Retired Gastroenterologist

AmSurg eventually bought Dr. Rosen’s gastroenterology lab, paying a percentage of the cost of their equipment, which helped his team immensely. In return, AmSurg became a shareholder of the practice – a radically different concept than his father’s practice in their home. The trend of private practice acquisition continues today. According to a recent American Medical Association report, less than half (49.1%) of doctors involved in patient care worked in private practice.

The financial boost from being acquired was appreciated, but with the acquisition and increasing business needs came healthcare administrators, varying insurance carrier networks, and additional paperwork requirements. In his 30 years at TriStar Centennial Medical Center, Dr. Rosen saw 11 different administrators come and go. One downside to the increased business presence in medicine was insurance coverage changes, occasionally leading to severed doctor-patient relationships.

Rosen provided one example during which, as an Internist, he took care of a family for more than 20 years. Then the insured individual’s employer changed their insurance coverage. As hard as Dr. Rosen tried, he couldn’t see the patient and his family without causing them to go out of network. And he doesn’t see insurance coverage issues and barriers to care being resolved any time soon, “If these young doctors aren’t careful, they’ll lose the love between them and their patients,” commented Dr. Rosen.

Adapting to the Administrative & Technological Changes in Healthcare

But today, retired after 40 years of practicing, he hardly recognizes the U.S. healthcare system. He even said that if he were starting over, he may not go into medicine because of how drastically it’s changed over the years. Dr. Rosen noted that, “Patients are totally unaware of costs and some of their choices.”

So what are the biggest changes that the young doctors of today will encounter when entering the healthcare workforce?

Dr. Rosen answered unequivocally that, “Today’s incoming doctors see medicine in a different way.” Most will be employees of hospitals or clinics; very few will be independent practicing physicians.  They will all have to adjust to insurance companies and hospital business management as a part of the healthcare ecosystem. According to Dr. Rosen, to be successful, they will need a support staff of more than just a nurse or office manager as well as sophisticated coders, billing compliance specialists, HR departments, and electronic medical records technicians. Rosen also noted that there have been many technological and scientific advancements in medicine, a far cry from the one-man home office practitioner and before the dominance of private insurance of his father’s generation.

Learn about our purpose of a safer healthcare for all