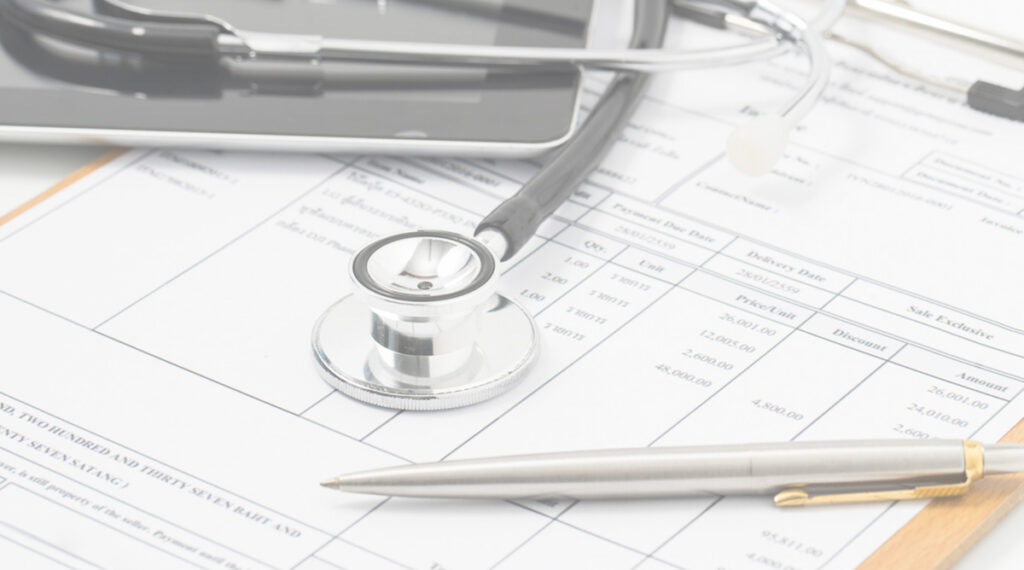 Using payment suspensions, when appropriate, is important to protect Medicaid funds: payment suspensions based on credible allegations of fraud can swiftly stop the flow of Medicaid dollars to providers defrauding Medicaid. A payment suspension can remain in place throughout a law enforcement investigation and potential prosecution of a healthcare fraud case.

Let’s take a look at the following exhibit from a recent Medicaid Payment Suspensions Report to determine how this process works.

Exhibit 1. General Overview of States’ Processes For Credible Allegations of Fraud. This exhibit illustrates a general overview of the payment suspension process; it does not represent all potential outcomes or State-specific processes. 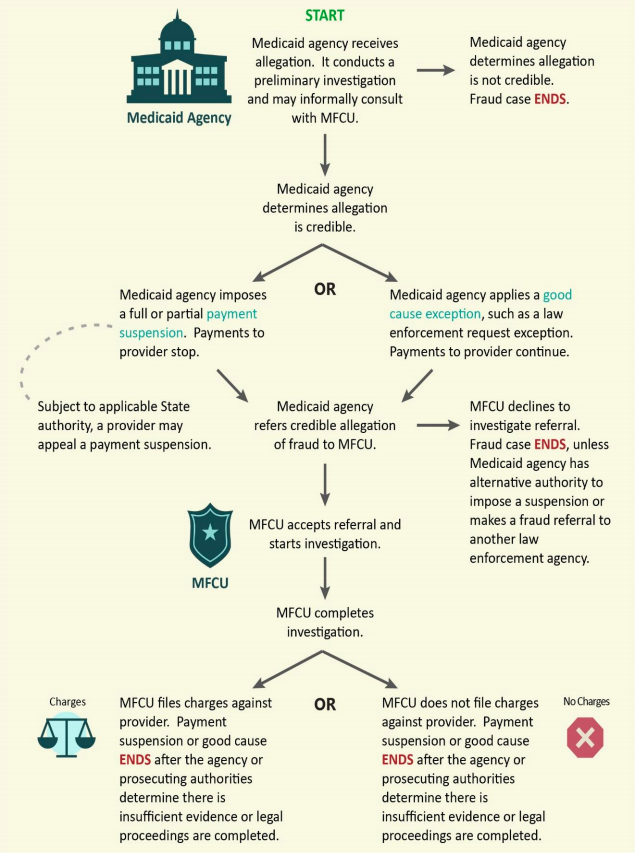 Since the passage of the ACA, States’ Medicaid agencies have been exercising their payment suspension authority. However, they reported confusion on how and sometimes when to report payment suspensions. These include the following:

In New Mexico, 15 community health centers and behavioral health organizations had their Medicaid payments suspended which represented 85% of the state’s behavioral health spending. Even though this happened in 2014, the impact is still being felt as several of the facilities went out of business as a direct result.

In late 2014, the Centers for Medicare and Medicaid Services (CMS) Center for Program Integrity released a Medicaid Payment Suspension Toolkit to aid the states. This toolkit provided guidance and outlined the process that states should follow when they receive an allegation of fraud.

*Good cause is defined as any of the following six situations:

Further, suspension of payment may be imposed only in part where the following circumstances occur:

Specifically, the report found that “Medicaid agencies often applied ‘good cause exceptions’ during which payments are not suspended, while law enforcement investigated a credible allegation of fraud against a provider. Additionally, Medicaid agencies reported taking actions that improved their processes for payment suspensions, including how they handle fraud allegations and collaborate with law  enforcement.”

However, significant challenges experienced by Medicaid agencies appear to have prevented the Federal payment suspensions provisions from achieving their full potential to protect Medicaid funds. There was confusion confusion about when to apply payment suspension and the audit recommended gaps to clear this up. CMS, on behalf of the MFCUs agreed. Given that the confusion in implementation is being addressed, we should see an increase in the number of suspensions going forward.

A second stick that the OIG was handed under the Affordable Care Act is the ability to stop enrollment to a new Medicaid provider if OIG deems there to be a systemic issue of fraud in a region or area.  Take this Medicaid example from Detroit and Miami  about how the Office of Inspector General has been actively utilizing its newly granted authority, under the Affordable Care Act, to issue a six month moratorium on new enrollments. The purpose of the moratorium is to allow OIG investigators to slow down new enrollments in a vertical or city where it is currently investigating and pursuing fraud and abuse. As described in the case above ambulance and hospice sectors have been the target for mass investigations for fraud and abuse.

As of September 2017, OIG continues to exercise its authority to extend a temporary moratoria in certain areas of concern.

For more information on the moratoria, check out these resources:

Summary: OIG has many tools at its disposal to curb and fine for fraud and abuse in healthcare.  They are stewards of, and have the responsibility to protect federal healthcare program dollars. Tools include preventing bad actors from getting access to Medicaid funds.  As the Medicaid Fraud Control Units step up their game in enforcement and add their ability to suspend payments while an investigation of a credible allegation of fraud exists, providers should be prepared to to weather the storm if they are under investigation.

CMS Industry News Medicare and Medicaid
Back to Resource Library