Trump Administration and Healthcare: What to Expect, When You Are Expecting (Change)? 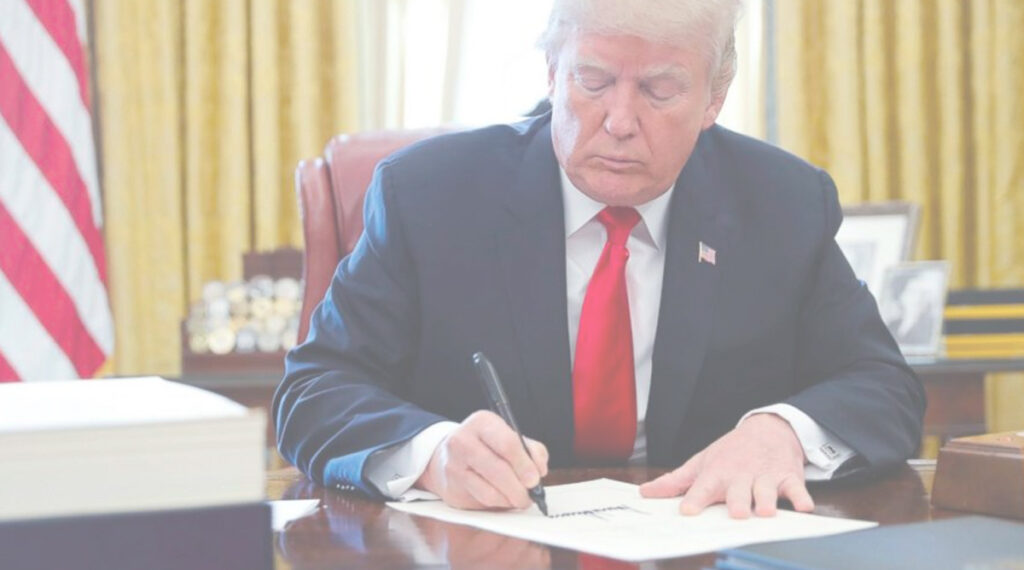 Forgetting politics,  let’s look at the Trump website for more guidance.President Trump’s site states that regulatory reforms will include a “temporary moratorium on all new regulation, canceling overarching executive orders” and “eliminating unnecessary regulations that kill jobs and bloat government.” With tax reform on the campaign platform, we can likely expect significant changes to the tax code, too. Also promised was a repeal of the ACA, and all related taxes — e.g. Medical device tax, Cadillac tax on high dollar health insurance plans and NII tax. (No plan has been outlined to replace it, though).

The incoming administration listed its health care plans, including:

Dr. Tom Price has been confirmed as the incoming HHS Secretary by the House and we anticipate the Senate will soon follow. Perhaps his experience as a doctor will help as the government regulates and administers federal health care program dollars.

What about the Inspector General for HHS — Daniel Levinson – will he stay?

According to https://fas.org/sgp/crs/misc/R43814.pdf Congress created federal inspectors general (IGs) to combat waste, fraud, and abuse within designated federal departments and agencies. Generally, these IGs head permanent, nonpartisan, and independent offices that conduct audits, investigations, and other evaluations of federal department and agency programs and operations. Offices of Inspectors General (OIGs) exist in more than 70 federal agencies, including all departments and larger agencies, numerous boards and commissions, and other entities.

Federal OIGs date back to the mid-1970s. Since their establishment, they have been granted substantial independence and powers to audit, investigate, and evaluate federal programs and agencies to assist Congress in its oversight duties. In most cases, OIGs produce reports, often made available to the public, that provide findings and recommendations to their affiliated agencies. Often these recommendations find ways to increase federal efficiency or examine allegations of employee misconduct. OIGs are predominantly located in executive branch agencies

The overwhelming majority of IGs are governed by the Inspector General Act of 1978, as amended (hereinafter referred to as the IG Act). The IG Act structures IG appointments and removals, IG powers and authorities, and IG responsibilities and duties. The HHS IG was authorized in 1976 (P.L. 94-505 Health, Education, and Welfare (now Health and Human Services; HHS).

Method of Appointment – Generally, there are five different methods of appointment for an IG:

Appointment, Removal, and Term Limits:  Some variations occur with regard to the appointment and removal of IGs, reflecting, to a degree, the status, location, and permanency of the affiliated agency. All IGs, however, follow certain laws and practices to help ensure impartiality and political non-partisanship. Pursuant to the IG Act and other statutes, IGs are to be selected without regard to political affiliation and solely on the basis of integrity and demonstrated ability in accounting, auditing, financial and management analysis, law, public administration, or investigations.  IGs that are presidentially appointed with the advice and consent of the Senate can be removed only by the President (or through the impeachment process in Congress)

NOTE:   35 5 U.S.C. Appendix (IG Act) §3. When exercising removal authority, the President must communicate the reasons to Congress in writing 30 days prior to the scheduled removal date. This advance notice allows the inspector general, Congress, or other interested parties to examine and possibly object to the planned removal (5 U.S.C. Appendix §3(b) for presidentially appointed, Senate-confirmed (PAS) IGs under the IG Act; 50 U.S.C. §3517(b)(6) for the IG in the CIA; and 50 U.S.C. §3033(c)(4)) for the IG of the IC).

Daniel Levinson has been the Inspector General for HHS through two different administrations (Republican and Democratic):

Daniel R. Levinson has headed the Office of Inspector General of the U.S. Department of Health and Human Services (HHS) for over a decade. A lawyer and a certified fraud examiner, Mr. Levinson leads an independent and objective organization of more than 1,500 auditors, evaluators, investigators, and lawyers, who oversee the integrity and efficiency of the Nation’s one trillion dollar annual investment in Federal health and human services programs. Oversight responsibilities include the Centers for Medicare & Medicaid Services, Administration for Children and Families, Centers for Disease Control and Prevention, Food and Drug Administration, and National Institutes of Health.

Mr. Levinson first entered Federal service in 1983 as Deputy General Counsel of the U.S. Office of Personnel Management. He then served as General Counsel of the U.S. Consumer Product Safety Commission. In 1986, he was appointed by President Reagan to be Chairman of the U.S. Merit Systems Protection Board, a bipartisan, quasi-judicial agency that adjudicates Federal civilian personnel appeals. He was appointed by President George W. Bush to be Inspector General of the U.S. General Services Administration in 2001 and of HHS in 2005.

He serves on the Executive Council of the Council of the Inspectors General on Integrity and Efficiency. In 2011, he was appointed by President Obama to be a member of the Government Accountability and Transparency Board. Mr. Levinson was a member of the Recovery Act Accountability and Transparency Board and now serves on the governing body of the Health Care Fraud Prevention Partnership. In 2015, he was named a Senior Fellow of the Administrative Conference of the United States.

During his tenure the OIG has recovered billions of dollars and prosecuted thousands of fraudsters. The OIG has added over ten thousand new excluded persons and individuals over his tenure. Further, he has been instrumental in the successful launch of HEAT Task Force collaboration for Medicare and MFCU coordination of investigations.

So, all guesses (and for that matter hopes) are that Daniel Levinson will remain as the OIG for HHS under the new Trump Administration.

What does the industry trade Association (Health Care Compliance Association) have to say?

Many health care associations have submitted comments and wish lists to be considered by the new Administration. The CEO of HCCA, Roy Snell, noted that regardless of the changes to the ACA, the workload of Compliance Officers will not change that much as it will take years to make changes that materially change or eliminate the current myriad of complex health care compliance issues. He suggested that providers continue to focus on the provision of quality care and proper billing. You can’t simplify patient care, he surmised.

What about fraud and abuse?

It is not clear how the Administration will address or leave alone the anti-fraud provisions of the ACA.  Hot issues that have been passed under the Obama Administration that are likely to get a second look are:

Of particular note is the Executive Order that says for a government agency to impose or implement a new regulation or rule, they must first delete two existing ones.

So, it seems that this is to suggest to government to continue putting serious thought into issuing new regulations. In principle this seems like a good concept. however, it could cause major angst. For example, if an agency like HHS thinks that a new rule that either clarifies or provides much needed regulations about opiod abuse or patient neglect or quality of care, it must now stop and find two existing policies it is willing to “trade” (if you will – somewhat now like an NHL draft negotiation), before it can implement a new one.

What happens if they cannot find two that are worth reversing in order to add the one that is necessary? What happens if they implement one sweeping new one that essentially recoups the two they have to take away. Could it delay good governance? Could it affect quality of care and not curb future fraud and abuse?

Conclusion:  No one thinks that over regulation is a good idea. And certainly, health care has many rules and regulations affecting it − maybe more than any other industry. Only time will tell the full impact of these new Executive Orders.  Perhaps one thing we do know is that Inspector General Levinson has provided excellent services and returns of fraud and abuse monies to the American tax base. That we can all agree is good policy!

A Closer Look at Summa Health: A Trifecta of Exclusions