What to do with all of those Exclusion Lists? 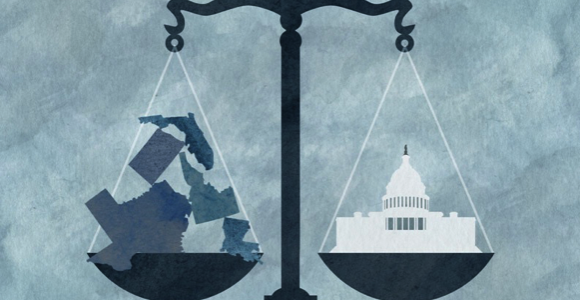 State vs. Federal: how are they related and what we should do to make sure we don’t hire or contract with an excluded individual or entity?

Let’s begin with what CMS says to do:

According to a CMS bulletin issued from the Center for Program Integrity Director dated May 31, 2011, which was published contemporaneously with the CMS Guidelines after the passage of the Affordable Care Act (ACA), particularly Sections 6501 et. seq, a person or entity terminated by one state Medicaid Agency is now considered terminated in all states.

Section 6501 was broadened through the ACA regarding termination of participating in Medicaid and CHIP’s. In essence, it now requires the states end the participation of any individual or entity they are terminated under Medicare or another state’s Medicaid or CHIP program.

The reason behind this is because the OIG and CMS do not want any federal health care dollars being paid, in whole or in part, directly or indirectly, to an excluded person or entity.

A person can be terminated but not yet excluded. (See FAQ section attached). There are two types of exclusions:

The offenses and administrative actions that lead to mandatory vs. discretionary are set forth in Section 1128 of the U.S. Code.

Further, if a state terminates a provider or entity “for cause,” then it has to be reported from the state Medicaid Fraud Control Unit (MFCU) to the OIG. The OIG reviews this paperwork and determines if the it should also exclude such individual or entity at the federal level. “For cause” terminations may include, but are not limited to, reasons for fraud, integrity, abuse or quality. Typically, they are for fraud, patient abuse or substance abuse, felony convictions and/or license revocation for such at the state Licensing Boards.

So what if the person or entity is also excluded in one state? Does that mean they are to be considered excluded in all states?  We will addresss that below. In the meantime, lets focus on why just relying on the OIG List of Excluded Individuals and Entities (LEIE) will not capture all exclusions from all states.

Why isn’t the OIG LEIE complete and why does it not have all state exclusions in the dataset?

The OIG issued Guidance in May 2013.  The OIG indicates companies should check the OIG list each month. However, the OIG does not contain all of the state Medicaid exclusions. (see CHIRP).

Essentially, there are other exclusion sources that need to be checked in addition to the OIG LEIE in order to get coverage of all exclusions. If you exclusively search the OIG LEIE you can potentially be missing up to 60 percent of state exclusions. Remember, an individual or entity can be excluded by a state Medicaid authority, the OIG, SAM.gov, and/or a combination of the two.

“The OIG audit has determined that up to 60 percent of state exclusions are not reported, either timely or at all, to the OIG. However States have agreed in Performance Standard 8 to report all such actions within 30 days.”

Finally, according to a recent audit by OIG, the following significant flaws and gaps were discovered in the reporting and processing of state terminations:

The HHS OIG, Daniel Levinson, conducted an audit and found that:

1. Continued participation from terminated providers in other state’s Medicaid programs was still occurring in 2014.

2. 12% of the 2,539 providers terminated for cause in 2011 continued participating in another state’s Medicaid program as late as January 2014.

3. States were still confused on terminology and identifying all terminations “for cause” and differentiating these terminations from other administrative actions that a state reports.

4. Further complicating a state’s ability to terminate providers is the challenge created by those states that do not enroll providers  participating in its Medicaid managed care organizations (MCO).

5. Finally, states were confused regarding whether an active licensure status from the state licensing board precluded terminating for cause.

OIG Recommended and CMS Agreed to the following in order to fix this problem:

1.  CMS work with states to develop uniform terminology to clearly denote for cause terminations.

3.  CMS furnish guidance to state agencies that termination is not contingent upon the provider’s active licensure status at the state licensing board.

A more detailed review of the Report and which states had the largest number of participating providers that had been terminated by other States, click here.

A compliance program that only relies on the OIG LEIE and/or one state Exclusion list (the state of residence) is flawed and can subject the company to hiring and excluded or terminated provider or entity from another state. The fines from OIG are up to $10,000 per item claimed plus treble damages, while the person worked for or was under contract with your organization. It is imperative to include all of the state Medicaid Exclusion lists in addition to the OIG exclusion list databases in your organization’s compliance program.

We Recommend:
Risk Assessment: Integrating the Basics into Your Compliance Plan
5 Things you should know about OIG Exclusions
Human Resource Compliance – One and the Same
How to Get off the OIG Exclusion List 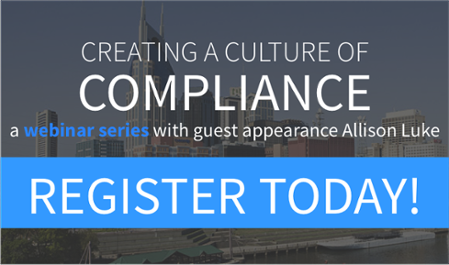 Exclusions OIG
Back to Resource Library

How Often Should You Check OFAC’s Specially Designated Nationals List?