When Home Health is Unnecessary Care- and Fraud

A federal judge sentenced the CEO of an Illinois Home Health company to six (6) years in prison following a jury verdict convicting on grounds of fraudulently billing Medicare for millions of dollars of unnecessary services.  The Assistant U.S. Attorney that prosecuted the case commented that “Home-health fraud has become a significant problem nationally and particularly in the Chicago area.”

Diana Gumila was the manager of Suburban Home Physicians, which did business as Doctor at Home. In such a role, she directed employees to perform in-home visits with patients who were actually not eligible for such services since they were physically capable of leaving their residences and therefore not in need or qualified to receive in-home treatment.  Ms. Gumila inflated costs and billed for uncessary care. She knew the patients did not qualify for such Medicare reimbursement, according to the US Dept. of Justice.

But the story does not end there. Ms. Gumila was one of several defendants convicted of fraud in the investigation. Prior convictions involve Alan Newman, a Chicago Physician, and James Ademiju, a nurse who operated two nursing agencies.

The investigation was led by the HEAT Task Force and Medicaid Fraud Strike Force, which is a key componenent of the Health Care Fraud Prevention and Enforcement Action Team authority of the U.S. Government. The HEAT teams are a joint iniatiative between the Justice Department and the U.S. Dept. of Health and Human Services to prevent fraud and abuse in health care. It also represents successful prosecution from the Strike Force Centers in Chicago that was created just for this purpose. 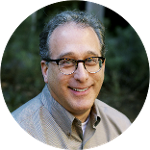