Medicaid Termination in One State – now what? 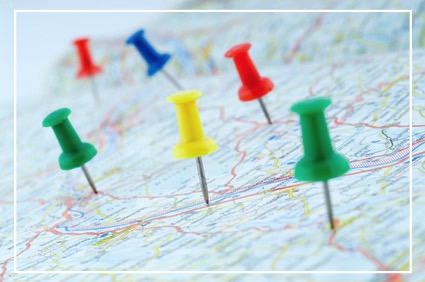 Prior to the passage of the Affordable Care Act, a provider terminated from Medicaid enrollment, or eligibility, in one state could easily slip through the cracks and enroll in another state. Most states did not share or have access to a centralized database of terminated Medicaid providers. Obviously, this is not good for ferreting out fraud and preventing a terminated provider (especially if he/she was terminated for fraud and/or abuse) from hopping state lines and enrolling in another state.

Section 6501 and others were designed to curb this chink in the armor and to prevent, by centralizing, a terminated Medicaid provider from enrolling in another state. Centers for Medicare and Medicaid Services (CMS) was challenged under the Act to create a better mouse trap (database) and implement processes at the state Medicaid Fraud Control Units (MFCU) to meet the mandates of the ACA.

Not much has changed or even progressed in that period of time, according to a new OIG report. The OIG not only found gaps but also formulated recommendations that CMS has agreed to apply and address.

Let’s look at what the OIG found:

The OIG recognized CMS had taken some steps to address this pervasive problem, but it is still not redressed. In February 2011, CMS issued regulations which required states to implement categorical risk-based screening of newly enrolled Medicaid providers and to re-validate all current Medicaid providers under new requirements created under the Affordable Care Act.

In 2014, this process was further improved through the implementation of a new Medicaid termination system. According to the new system, states were to submit information to CMS regarding provider terminations and copies of letters issued to the provider concerning the termination and the NPI number of such provider. CMS would review these letters and determine if it was for cause and then enter those into the terminated notification database. State Medicaid programs could then access the database before enrolling them into a new state.

The idea was simple, the tools provided, but the execution by states was poor.

CMS issued guidance to the states on how to use the system, in preventing healthcare fraud and abuse, to stop enrollment in another state. Further, the guidance identified that best practice would suggest adding all managed care organization care network providers to be enrolled in Medicaid in the same manner and therefore take advantage of the database before enrolling.

The HHS OIG, Daniel Levinson, conducted an audit and found that:

1. Continued participation from terminated providers in other state’s Medicaid programs was still occurring in 2014.

2. 12% of the 2,539 providers terminated for cause in 2011 continued participating in another state’s Medicaid program as late as January 2014.

3. States were still confused on terminology and identifying all terminations for cause and differentiating these terminations from other administrative actions that a state reports.

4. Further complicating a state’s ability to terminate providers is the challenge created by those states that do not enroll providers  participating in its Medicaid Managed Care Organizations (MCO).

5. Finally, states were confused regarding whether an active licensure status from the state licensing board precluded terminating for cause.

OIG recommended and CMS agreed to the following in order to fix this problem:

1. CMS work with states to develop uniform terminology to clearly denote for cause terminations.

2. Require that state Medicaid programs enroll all providers participating in MCO and

3. CMS furnish guidance to state agencies that termination is not contingent upon the provider’s active licensure status at the state licensing board.

For a more detailed review of the Report and which states had the largest number of participating providers terminated by other States, click here.

This is very troubling since a provider can be terminated for cause in one state Medicaid agency, but simply move to another state, which does not check or have good processes in place to prevent enrolling such terminated provider into their state. This only highlights why effective compliance monitoring includes a combination of monthly nationwide (state and federal) OIG exclusion monitoring – there are 40 such state and federal exclusion lists as well as a search of the providers’ license status at the state licensing board.

If your compliance plan does not include such searches, you may be enrolling, hiring, contracting with and/or submitting bills for federal health care program dollars of an excluded and/or terminated provider. Fines and penalties will certainly follow.

Does your compliance plan include monthly nationwide OIG exclusion monitoring? Comment Below!

We Recommend:
Want to Stand out? Get Excluded
A Sanction Screening Deep-Dive: What is it and why it matters
Hospital Vendor Credentialing – What is it?
Human Resource Compliance – One and the Same

Exclusions Medicare and Medicaid OIG
Back to Resource Library